Despite an uncertain economic and political situation, thanks to Brexit and the slowing of European economic growth, the number of international investments in France rose in 2018. This is impressive in comparison to the UK and Germany, where the number of foreign investments sunk by 13%.

This relative growth has allowed France to climb for the first time into second place, ahead of Germany. Increasing international investment in France has been attributed to political initiatives encouraging entrepreneuriat, innovation and investment.

France is Europe’s top destination for R&D and industry

In 2018, the number of foreign investors entering France to do R&D increased by a massive 85% compared to the previous year. 144 international companies entered France to do R&D or increased their R&D operations in the country, an impressive figure which is double that of the UK and Germany combined.

The number of industrial investments in France also rose by 5%, meaning that France remains the leading European destination for international companies’ industrial expansion.

France’s advanced quality of research, focusing on innovative topics such as oncology, as well as the developed infrastructure, make it the ideal place for companies looking to expand their R&D operations internationally.

Political initiatives aiming to attract innovation to France mean that French regional governments have created structures to facilitate the expansion of innovative international companies. France has a developed network of technopoles and clusters dedicated to key industry sectors such as biotechnology, healthcare, aeronautics and foodtech. Public financial aids and fiscal advantages are often available to companies doing R&D in France.

Setting up your business in France

France is therefore an attractive place to set up your business, whether you are planning to establish an international presence in order to internationalise your company’s image, get closer to existing or potential clients, or especially if you intend to continue doing R&D or upgrade your industrial processes.

France’s different regions have their own assets in terms of their strong industry sectors and the support they can offer to international companies interested in expanding to France. If you would like to know more about the opportunities to set up your business in France, please contact Business-Parks.com who will be able to offer free, non-binding advice. 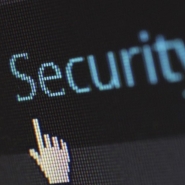 The French government recently declared blockchain a national research priority as part of its plan to invest in innovation. Here’s our report on the key facts and players of French blockchain. Read more