Expand your international business to Euroméditerranée, in Marseille, south of France

In expanding your international business to Euroméditerranée, you will greatly profit from being in one of the most dynamic environments in France.

Since 1995, the Euroméditerranée Operation of National Interest has held the objective of developing a new economic and residential zone at the heart of the Aix-Marseille-Provence Metropole, on France’s southern coastline. This programme has enabled the acceleration of the area’s economic, social, and cultural attractivity and development.

The project in Marseille, carried out by the Euroméditerranée Public Development Agency (EPA), includes: 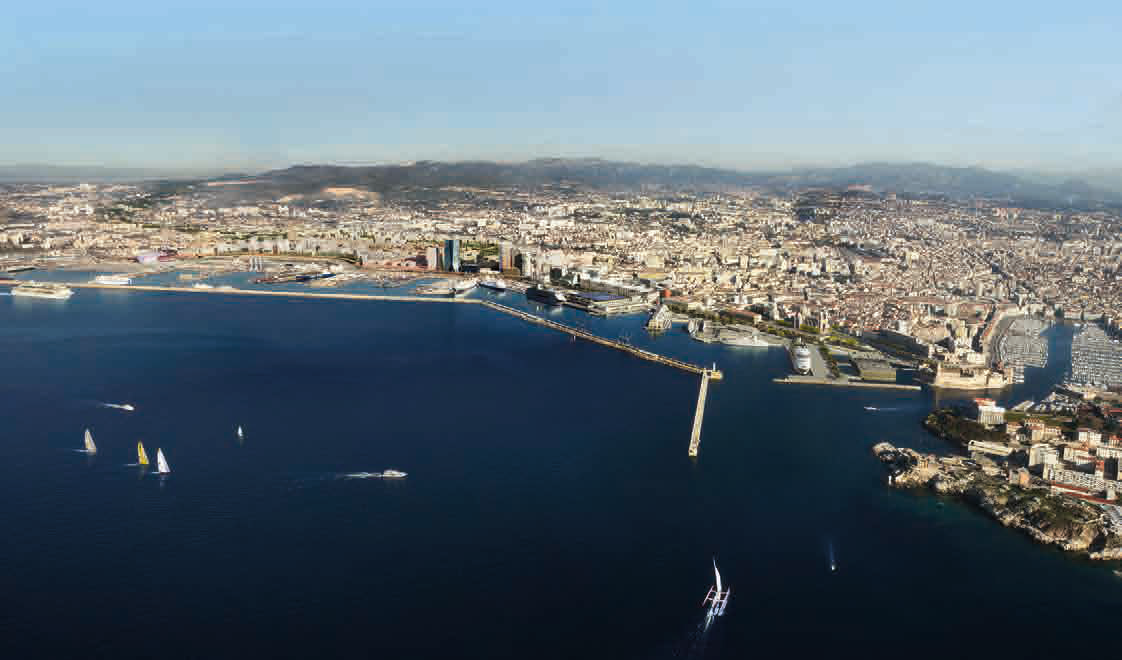 The advantages of setting up your international company in Euroméditerranée, Marseille, in the region Provence-Alpes-Côte d’Azur

Setting up your company in Euroméditerranée guarantees many benefits:

Where to establish your international company in Euroméditerranée, Marseille, France’s second largest city after Paris

Offices and other premises for companies in Euroméditerranée

Euroméditerranée is a true centre of attraction with many property offers for your business. The aim is to eventually cover 1 million m2 with office space. Throughout the districts- each one focused on a strong axis- Euroméditerranée is becoming established as a new field of experimentation favouring social mix, innovation, and the Smart City. Renewable energies form an important part of Euroméditerranée. Labelled an EcoCity, the area benefits from highly innovative technology such as the seawater loop system developed by Dalkia and Engie. These marine geothermal power plants make it possible, for example, to reduce by 70% the greenhouse gas emissions produced by the buildings connected to the networks.

The Central Business District is Marseille’s economic, social, and cultural epicentre. This project is a big success in terms of creation and of both the French and international businesses that have come to set up in Marseille. Today, there are more than 5,000 service establishments providing 43,500 jobs in various fields of activity, with a strong representation of CSP+.

Initiated over 25 years ago, during the national interest operation’s launch, Euroméditerranée’s development has radically transformed, modernised, and energised the districts and living areas formed by the first phase of transformation.

In the growing success of this first phase of creation and of the Central Business District, Euroméditerranée is evolving and expanding its construction and urban transformation plan to cover an additional 170 hectares. 2 innovative eco-districts are in the process of being developed, in order to create the sustainable and innovative Mediterranean city of tomorrow; a model city that takes into consideration the area’s geographical, climatological, and cultural particularities.

Smartseille is the first part of this sustainable and innovative city that is orientated towards both the future and the sea. This district, in the structuring process and already the regional headquarters of major French building or energy groups, for example, is located on the northern border of the Central Business District. Smartseille explores many urban issues in a cross-cutting manner. A genuine control area, this project- which aims to test the principal foundations of a Mediterranean EcoCity- intends to reconcile technical and financial feasibility with urban and environmental innovations. Smartseille’s ambition is to be a city that mixes different uses and industries, rather than separating them by district. It is also a question of anticipating over time the changes in use and the evolution of the district and of residents’ needs, by promoting and enhancing the use of space (roofs, the base of buildings, terraces, etc.), for example.

Nearby, Les Fabriques District- currently in its start-up phase- will eventually cover 250,000m2. Les Fabriques embodies the vision of an innovative and collaborative eco-district. A product of collective intelligence, the project ensures the sharing of knowledge and social mixing in an environment perfect for connected constructors, designers, producers, and entrepreneurs that create and manufacture locally and that mutually inspire each other. The values of recycling, frugality and proximity make up the project’s cornerstones. Smart grids and pooling bring new and shared solutions for production, consumption, and cohabitation, which can be seen in the numerous local shops, a renovated market, student, senior, and hotel residences, sports facilities, schools, a media library, and a creche. A total of 44,000m2 of coworking and office space is planned in order to respond to business demands. The development of Euroméditerranée is also reflected in the production of new housing aimed at harmoniously combined work and daily life. 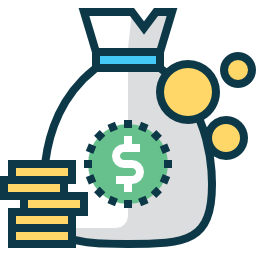 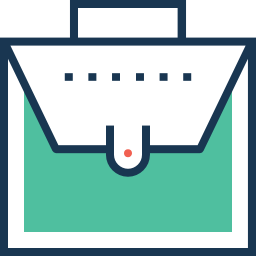 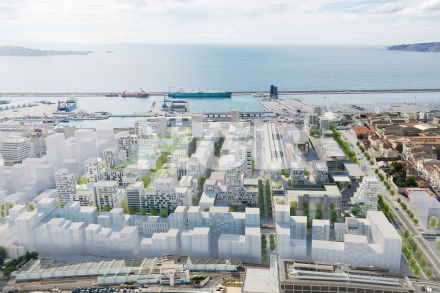 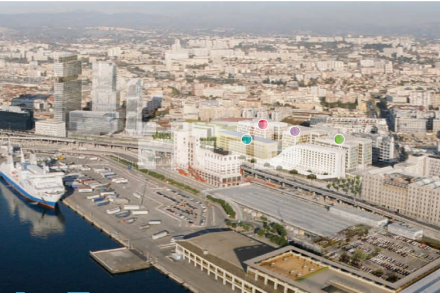 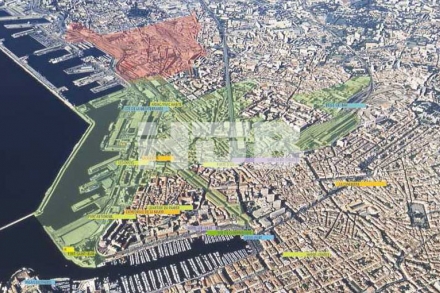 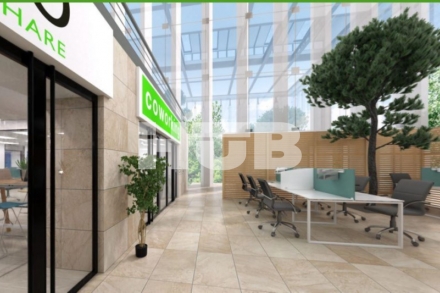 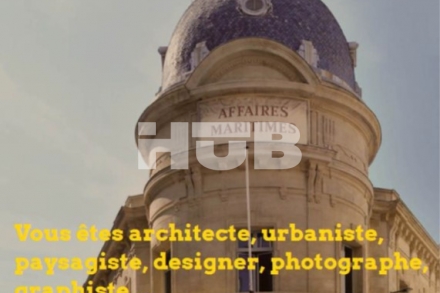 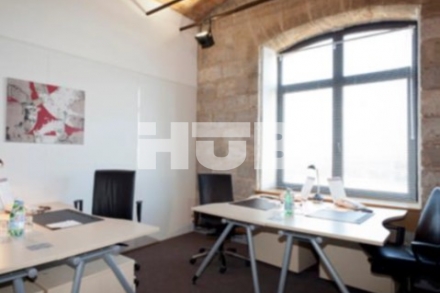 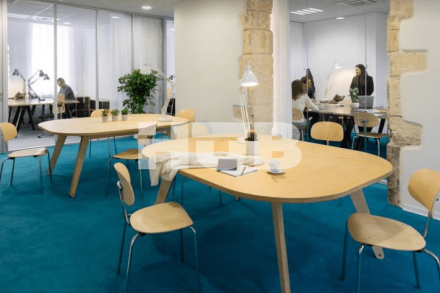 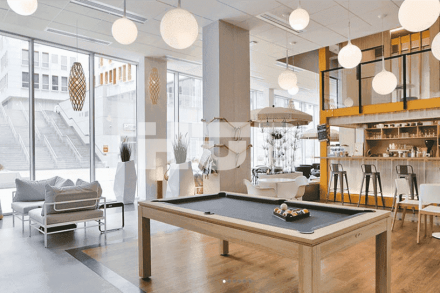 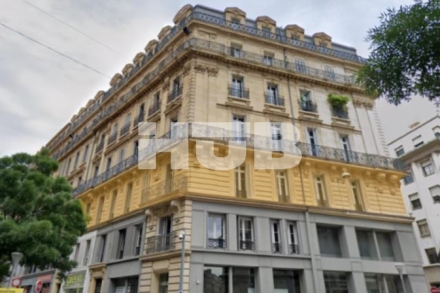 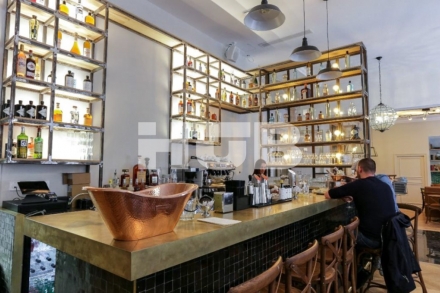 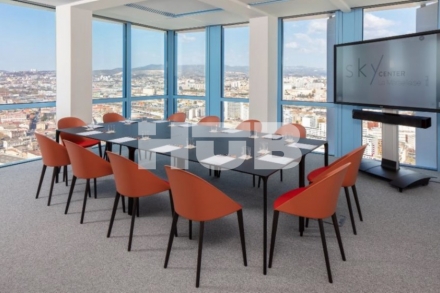 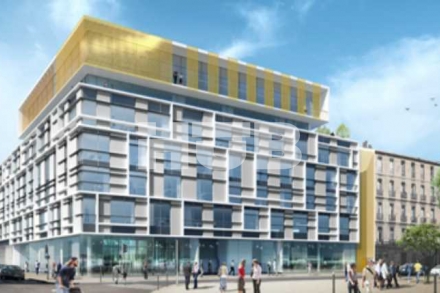 See the ad
Offices from 695m2 to 8,005m2 available for rent in Marseille, in the south of France 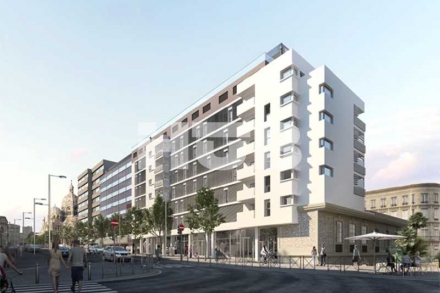 See the ad
Offices of 61m2 available for sale in Marseille 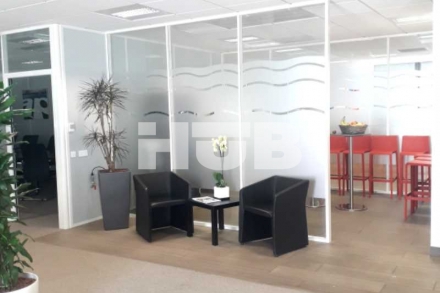 See the ad
Office space between 369 and 2,402m2 for rent in Marseille in the south of France 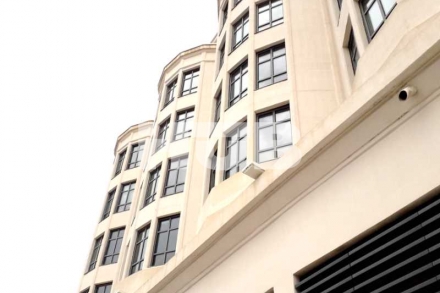 See the ad
Offices ranging from 160m2 to 1,679m2 available for rent in Marseille